17 April 2011 198.2 – The Gelding sends a cheerio to two new listeners who do the gardening whilst listening to Sportzfan Radio. Mark Fiorenti comes on to talk soccer and confesses to not having sent a second tweet as yet. He also discusses further departures at the Melbourne Victory, Asian Champions League and the mouth watering Champions League tie between Real Madrid and Barcelona. With six games to go, Mark doesn’t believe Arsenal can catch Manchester United in the Premier League. The Socceroos are back in the top twenty after their win against Germany. Paul Dalligan talks NRL and thanks channel 9 for broadcasting the Melbourne Storm game at Penrith this afternoon. The Panel discuss the NRL teams solidarity and foundations go out the window at this time of year when players and coaches announce their intentions on where they will be playing mid season. Paul doesn’t like the whole process.  He believes it has got to affect the onfield performance. The Gelding disagrees that is affects performance. Daniel is confused as to how Damian Martin from the Perth Wildcats was awarded the Player of the Month in the NBL. This leads to a discussion of what MVP actually means. Sean Callanan talks social media and coverage of sport on mobile phones. The NBA spike in numbers is coming from people following the league by mobile phone. It is one area that the AFL could lift in. One issue in Australia is the lack of or poor coverage on 3G network in stadiums.

13 February 2011 189.1 – The Panel start off without Sportzfan Stan again, who is still on injured reserve. The Gelding thinks it will be a long season for Richmond while Daniel thought we might have been talking about Collingwood for two hours. Daniel also complains about how bad the half time entertainment with the Black Eyed Peas at the Super Bowl. Dan Butterly comes on to talk US sport and in particular the Super Bowl between the Green Bay Packers & Pittsburgh Steelers. He is reminded of his pick of the Steelers last week. He says it was a great game from start to finish and believes Aaron Rodgers gave a flawless performance with the Packers win was all the better due to the injuries the Packers dealt with not only during the season but also during the Super Bowl itself. Dan also discusses the seat fiasco where it appears the Cowboys only

applied for a permit for the seats three weeks before the game.  He looks at NCAAB and was right in saying Ohio State wouldn’t go through the season undefeated having lost to Wisconsin today.  Dan says he thinks Daniel may be the only international Clippers fan in existence.  The Panel talk about who their dream guest would be – the Professor says Aaron Rodgers, the Gelding would like Damian Oliver and Daniel wants Michael Jordan – we’ll work on them. The Gelding and the Sydney Colt were on fire with their selections at Caulfield and Randwick selecting 5 winners from 6 selections. The Panel look at the NAB Cup and the Gelding reiterates he believes it is going to be a long year for the Richmond Football Club. 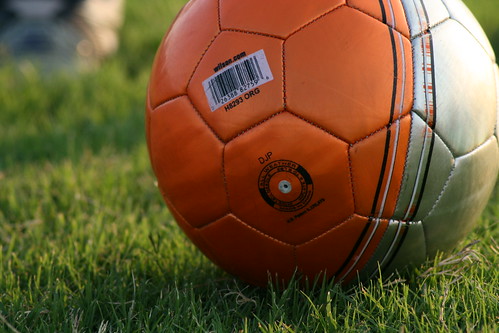 21 June 2010 159.1 – Stan, the world’s oldest radio apprentice gives the AFL a rest in his rant this week and has the FFA fair and square in his sights at the thought of paying our next soccer coach up to $6 million.  Dan Butterly talks US sport particularly the musical chairs of NCAA conference realignment, NBA Championship game 7 and whether Kobe Bryant would have been the MVP of the finals series even if the Celtics had won, whether Tiger Woods can win the US Open from 4 shots back and his thought that the World Cup will end in a draw.  The Gelding calls in from the track at Bendigo where he has a runner, Queen Asa, going around.  He had a great day at the races on Saturday tipping 3 winners and a second.  In the ‘F’ word Mark Fiorenti muses on the problems of parking the “bus” with flat tyres and Sean informs listeners that parking the ‘bus’ is a real soccer tactic.